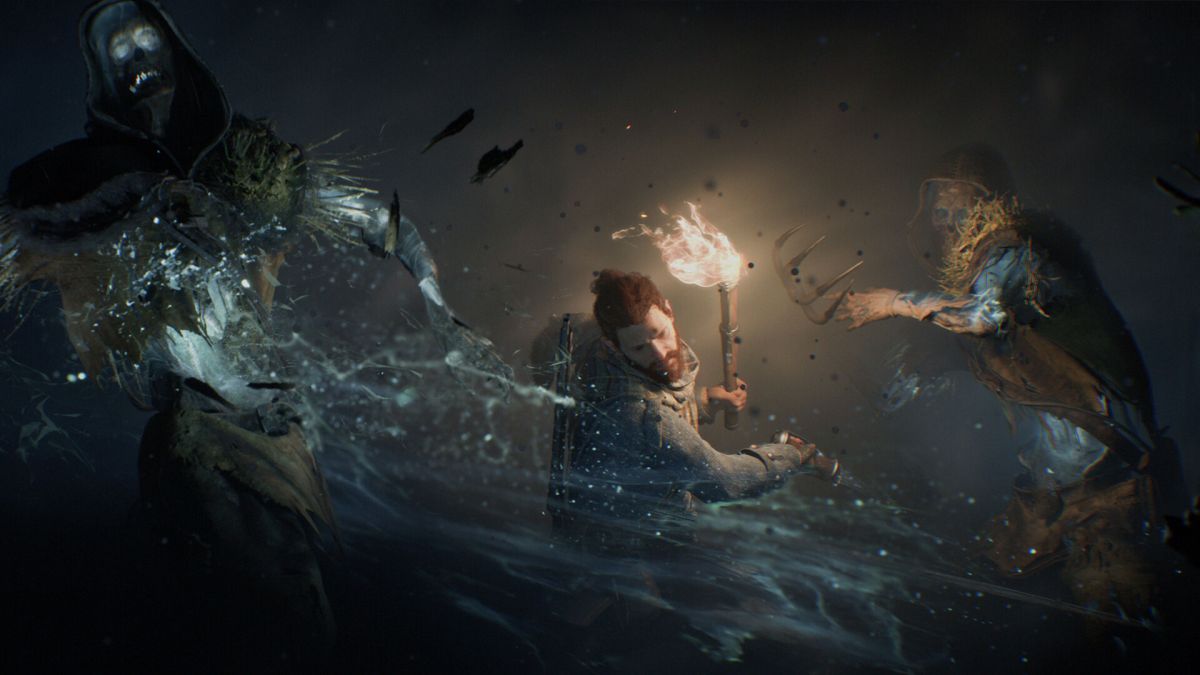 A new game from Life is Strange studio Dontnod was announced at The Game Awards 2022 tonight. Banishers: Ghosts of New Eden is an action RPG that tends a little closer to the studio’s 2018 title Vampyr in spirit, but it sounds like it may adopt some of Life is Strange’s choice-based narrative elements too.

The trailer above doesn’t show a lot of gameplay footage, but it confirms a third-person perspective, and a baddie that has a similar vibe to Dark Souls’ Hollows. There are two playable protagonists in lovers Antea and Red: the former uses “spiritual powers” (note how she can spectrally teleport in the gameplay snippet), while the latter uses good ol’ fashioned offensive weaponry.

These lovers were ghost-hunters, which means they once roamed the world protecting “the living from the threat of lingering ghosts and specters”. But Antea has fallen afoul of some curse, which has turned her into a spirit. Thus, she and Red go on an adventure to try to reverse her plight.