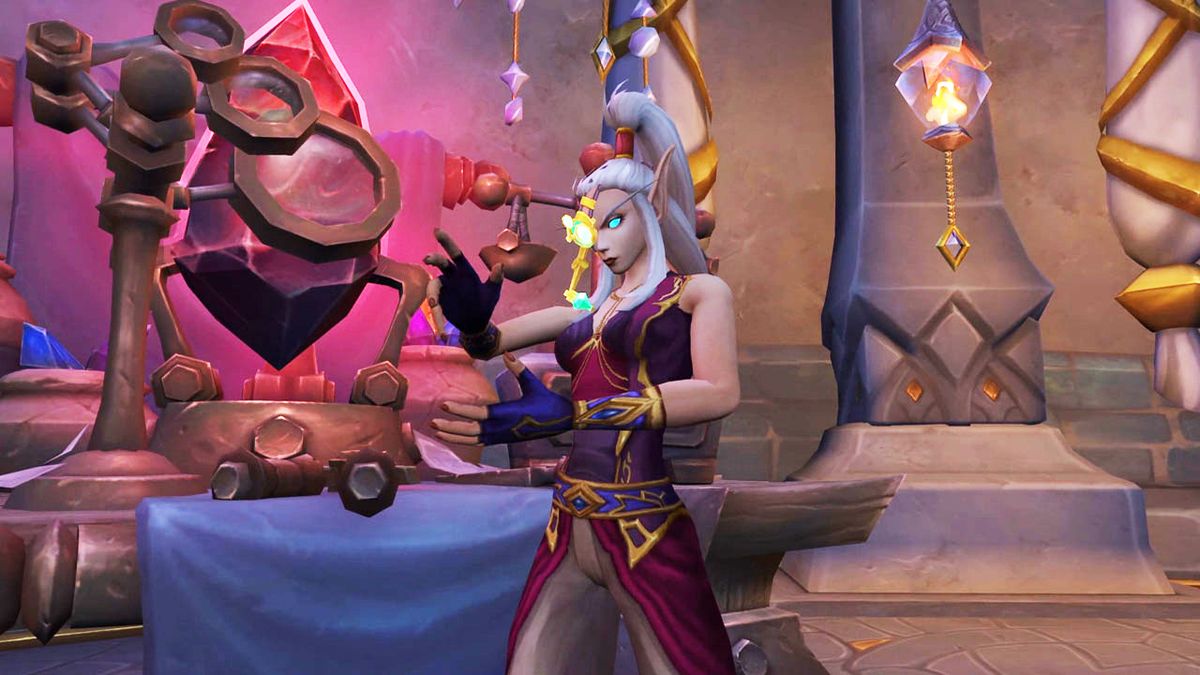 Dragonflight is the first time that crafting items has rewarded XP in WoW. For every new item you make, you get a hefty chunk. It’s actually possible to craft a load of different items to gain three levels in just 10 minutes. WoW speed levelers, much like regular speedrunners, found the most efficient route to level 70 actually includes several minutes of staring at a crafting menu.

The first player to hit level 70 was Adelio (opens in new tab), a Korean player who managed to catch a boat to the new zone before many people (opens in new tab) on the US and EU servers. With that head start, they charged through the Dragon Isles quests with a full group to help corral enemies together. For WoW, this method is pretty standard: using knowledge from the beta, you stack XP buffs and efficiently chain quests together. The only difference is that they took a break to make some items, letting them fill downtime between quests and pulls. Adelio shot up to level 70 in about three hours.